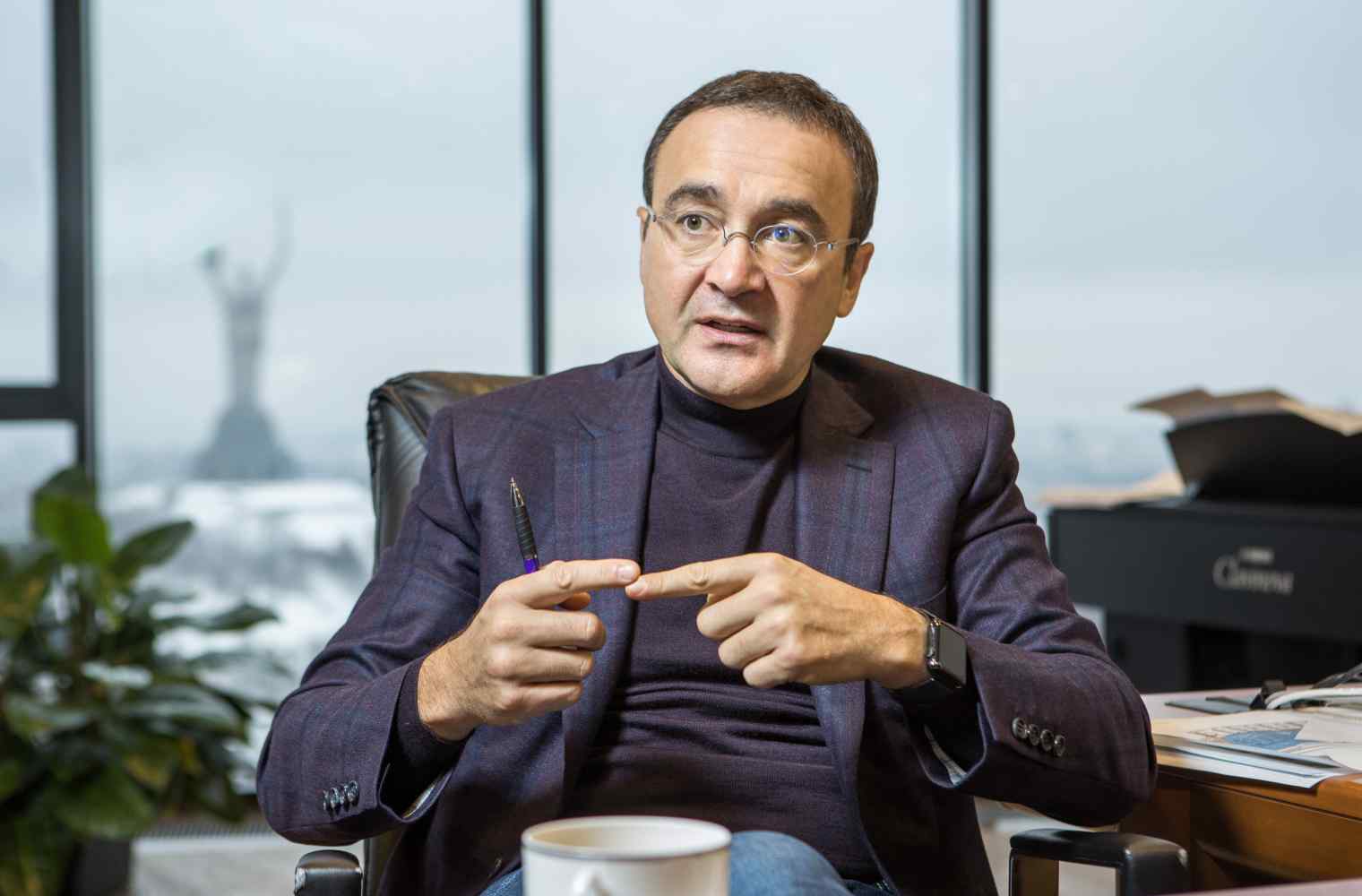 Igor Nikonov on the real-estate market of Ukraine

LDaily:  How much is Ukrainian residential and commercial real estate market attractive to investors?

I. Nikonov: Actually, it is attractive. In case of presence of “long” money for small percentage, the profitability of investment in real estate in Ukraine is much higher than in Europe. The peculiarity of the Ukrainian market is that it is possible to obtain permissive documentation easily and quickly here, and the basic initial capital that needs to be invested is at times smaller than in the West. There is no law that would oblige the developer to build something untill the start of sales — you can make piles and sell straight away. The market has been stable for a long time and strong developers have trust of buyers.

LDaily: Why is it easy to obtain permissive documentation in Ukraine?

I. Nikonov: Reforms were carried out in 2009, new laws were adopted, authorities in Kyiv are very effective in issuing documentation. On the other hand, it creates high competition: a lot of people and companies today get it absolutely legitimately and start building.

LDaily: Who invests in the construction of residential real estate in Ukraine?

I. Nikonov: Investors in real estate come from different sectors of the economy. This is the area which our people understand the most — something that you can “touch” and see every day, unlike, for example, securities. Besides, there is no full value security market in Ukraine and trust in banks has long been lost. Therefore, those who earn money in agriculture, chemistry, metallurgy, retail and other sectors invest in real estate for diversification of risks.

It is better for foreign investors to enter the Ukrainian market with local partners — this is much faster and more efficiently. Each state has its peculiarities, and if we started to work abroad, we would also look for a local partner, because it is difficult to understand the local nuances — this will take a lot of time.

LDaily: What is the dynamics of the commercial real estate market?

I. Nikonov: We can see a decrease in vacancy. It is small and constantly decreasing in business centers. There have been built very few business centers in recent years, while the number of tenants is increasing. Kyiv needs commercial real estate again. Developers’ expectations about profitability have declined: They had previously expected profitability of 30-40 %, but the profitability of the development business at the level of 15-17 % is absolutely normal for today. And it is quite possible to get it.

LDaily: Does the level of rental rates ensure the interest of developers in office real estate?

I. Nikonov: Today, the average rates are $ 15-16 per square meter per month. It is few for quality offices, but having the ability to build and buy land in time, such rates are quite possible to get the same 15-17 % profitability.

LDaily: What are the prospects of commercial real estate development and investing in it?

I. Nikonov: I believe that there are prospects. Much depends on state policy. Thanks to decentralization, city budgets have significantly grown. And the infrastructure is developing much better than before. I believe that improving infrastructure and investing directly in towns contributes to the emergence of new working places.

The peculiarity of Ukraine is that in comparison with European countries, we have a deficit of commercial space of 40-50 %. A lot of people still work in unsuitable premises — on the first floors of apartment houses, etc. If  there were inexpensive office centers in the market, they would move there.

LDaily: What cities, besides Kyiv, are promising for the construction of commercial real estate?

I. Nikonov: These are the regions where large production and business activity are concentrated — Dnipro, Odesa, Kharkiv. Lviv, of course, — there are resources, agriculture, forestry, many industrial enterprises are being built. Lviv is very attractive for producers oriented to sales to Europe. Probably, it is even more promising than Kharkiv.

LDaily: Are there areas attractive to developers and investors in Kyiv today?

I. Nikonov: There are a lot of such areas in Kyiv. These are hundreds of hectares of standing industrial enterprises
that can not be reanimated. This is another obsolete and abandoned real estate with an irrelevant purpose. The attractiveness of these areas is that there are communications, and their capacities are much larger than necessary for residential and public construction. It’s enough to just demolish a plant. This is the most optimal way.

LDaily: Where are these areas?

I. Nikonov: This is the territory of the “Radycal”, “Bilshovyk”, the whole Telychka, Petrivka. Telychka alone will be enough for 30 years of development. There are a huge number of non-operating factories on the Left bank, and it is possible and recommendable to build not only housing there.

LDaily: What do you think about the construction of industrial parks within the city?

An industrial park with housing is the only ecosystem that works. My construction doctrine is that a person does not need a car to get to work. Walking, cycling — 10 minutes, and you’re at work. A kindergarten, a school next to it —this is great.

LDaily: There are three projects of integrated quarter construction in the portfolio of your company at the moment. Why such projects are attractive for the developer and the investor? What is their main advantage?

I. Nikonov: In my understanding, construction should be like this — only if we are not talking about the city center, where such projects are not always possible. They create the environment and, at the same time, allow companies to show themselves not only professionally, but also socially responsible. This is very important, because the reputation is being developed over the years. For example, in “Comfort Town”, a person buys an apartment and lives in a comfortable environment right away. She/he has a kindergarden, a school, fitness, parks, sports and children’s playgrounds, shops and cafes here. And people start to communicate, unite in strong communions. So, such projects even make them more friendly. The so-called “word-of-mouth marketing” works, more and more new buyers come to the project.

LDaily: People trust other people more than advertisements. What are the main problems with quarter construction?

I. Nikonov: There are two main problems — place and networks. The cost of such projects is much higher. Intraquartile networks, landscaping are needed. But they are sold as more expensive.

LDaily: The profitability of such projects is higher than or equal to the point projects?

I. Nikonov: In the end it is higher. The cost of construction is higher, but the selling price should be higher if everything is done correctly. But not everyone can do this. However, it should be noted that complex projects have a lower cost of management, because the same team is needed for managing of one building, and for the whole housing estate.

LDaily:  What are the key problems of development today?

I. Nikonov: The main problem is the lack of a mortgage. The second is the lack of quality control, at least in terms of composition and appearance of the construction that is being built. I believe that the chief architect of the city should have the authority to coordinate the project in 3D-visualization, but this is not provided for by law. Such a practice exists in the west and, I think, if it existed here, there would not be so many ugly buildings.

LDaily: Can you see the prospects of solving the mortgage problem?

I. Nikonov: Yes, I can. First, it is beneficial for banks, and secondly, half of Kyiv residents want to improve their housing conditions, and mortgages are one of the factors contributing to this. A person can afford to take
a mortgage. Today, we also offer to pay in installments in our residential complexes — at a lower interest rate than banks, but in foreign currency. It is also a very attractive additional opportunity for investors who have “long” money. They can afford to give buyers loans under 5-6 % on the security of an apartment with a first installment of 30 % — and get a second income stream. The first flow is the sale of apartments, and the second is lending to their own investors. People do not agree for loans with more than 2.5 % in the West, but they agree for 6% in Ukraine.

LDaily: What do you think about the latest legislative changes in the market? What other changes does it need?

I. Nikonov: The main positive change is decentralization. Money ceased to be in the hands of the Ministry of Finance and went to local communities. But this is not enough to stimulate production. Privileges are necessary to show investors why they should come here, why it is better in Ukraine than in Poland, where the infrastructure, laws and courts are better.

It is necessary to reduce the land tax for industry. The tax is 3 % in Kyiv today. I was one of the supporters of lowering the land tax for industrial enterprises. This will help to create small industrial parks in Kyiv residential districts. This is the most profitable financial model, because people do not want to spend hours on their way to work and back, they want to work near their homes.

Summing up, I can say that the Ukrainian real estate market can be attractive and productive, but for better efficiency, it is better for foreign investors to enter projects with local partners.