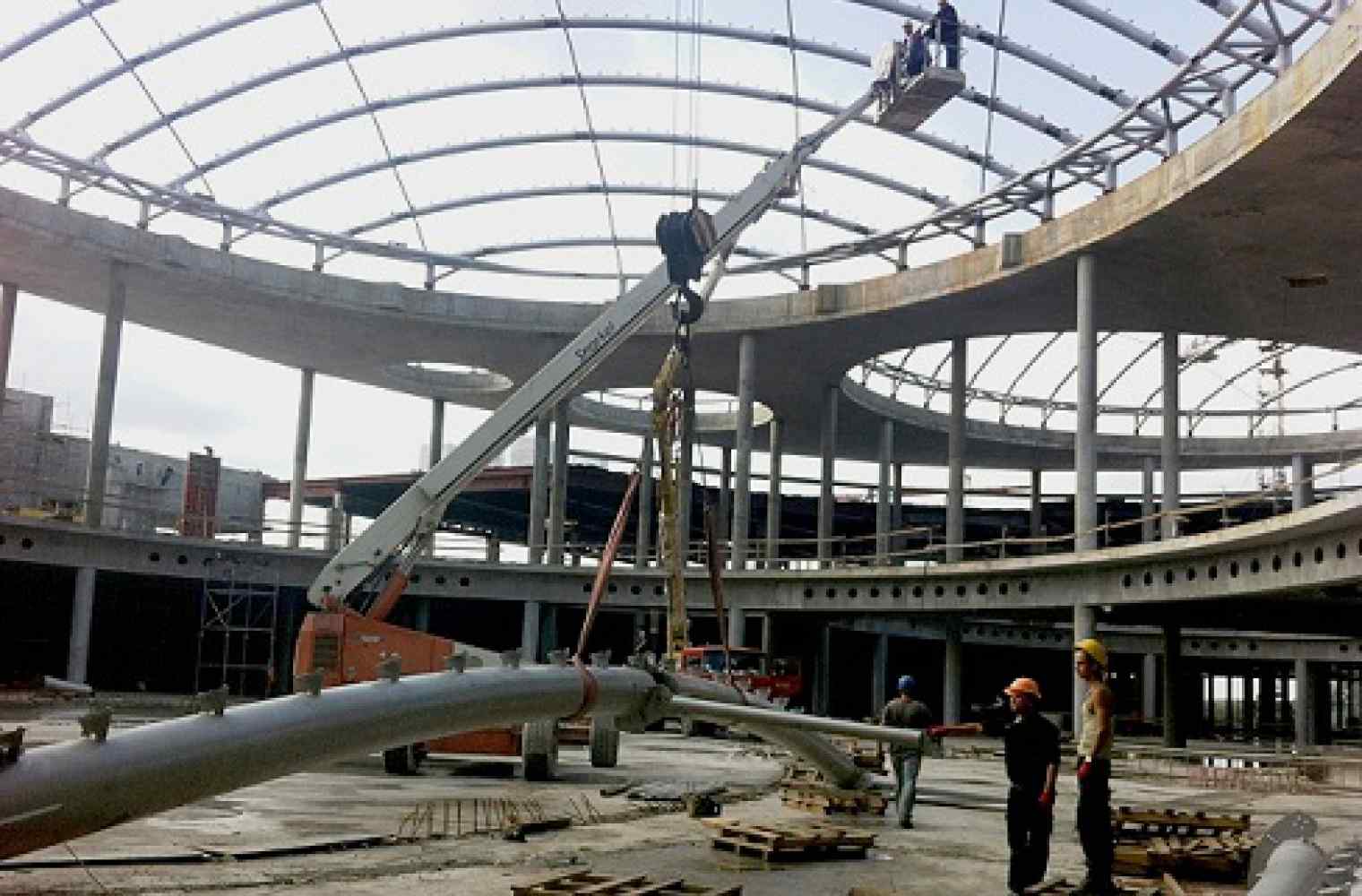 Erection of eight among nine projected domes of Shopping and entertainment center Respublika is completed in atrium zone. Final works finalizing is planned on October 2013. It has been announced by Chief Executive Officer of project investor company Megapoliszhytlobud LLC Alexey Savyak.

According to his words, material which will cover the domes is produced according to TEXLON system, which manufacturer is German concern VECTOR_FOILTEC. TEXLON system has been used for more than 20 years already in world-wide known constructions of Europe, USA and Asia, however in Ukraine it will be applied for the first time. Using TEXLON system Shopping and entertainment center Respublika will fill up the list of unique world architecture objects. 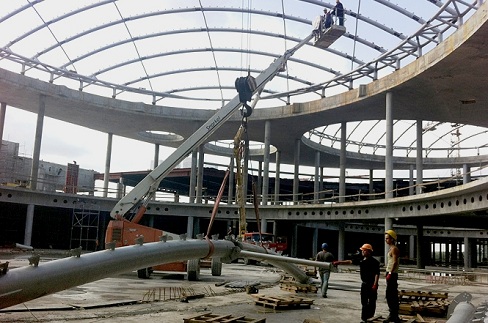 As Alexey Savyak informed, the biggest dome of Shopping and entertainment center Respublika, of 61m X 49m size, is located under the skating rink in atrium. It’s unique not only because of its gigantic dimension, but also due to widespan arched construction, elliptic shape, and possibility of TEXLON system to control sun beams penetration into atrium area, minimize heat losses during winter period and keep comfortable microclimate in summer. VECTOR-FOILTEC indentifies it as thermos effect – translucent hard film consists of 3-4 layers, where air is boosted with compressor in the cells between the layers.

“All the erection works of the biggest dome are accomplished using big and small construction machinery, including 25-tonish cranes, from the atrium floor inside the building”, - underlined Gleb Murovanskyi, first deputy of Chief Executive Officer of K.A.N.Development.

Murovanskyi states that currently engineering main pipes are laying out, closing of construction perimeter is on final stage, and also upgrading of road infrastructure is actively preparing.